With a low cost of living, Crawford County has affordable homes, apartments, and rental properties. Our safe neighborhoods and friendly, rural atmosphere provides a great place to raise a family.

In March of 2021, the Crawford County Economic Development Corporation pulled together panelists of housing professionals to create the first-ever Housing Summit. This event can be viewed via the video below.

With a low cost of living, Crawford County has affordable homes, apartments, and rental properties. Our safe neighborhoods and friendly, rural atmosphere provide a great place to raise a family.

A healthy, self-sustaining housing market will have a value-to-income ratio between 2 and 3. Crawford County has a value to income ratio of 2.16 which is healthy, but approaching, and in some areas, undervalued. A market below 2 would be considered undervalued and may create problems securing funding for new construction or renovation of existing structures.

The median year built for structures varies from 1961 to 1992, with a county wide median of 1984. The census tracts with the oldest median housing include Milltown and Leavenworth, older communities with a number of older historic homes.

The northwest portion of the county as some of the newest housings, with the median year of 1992. 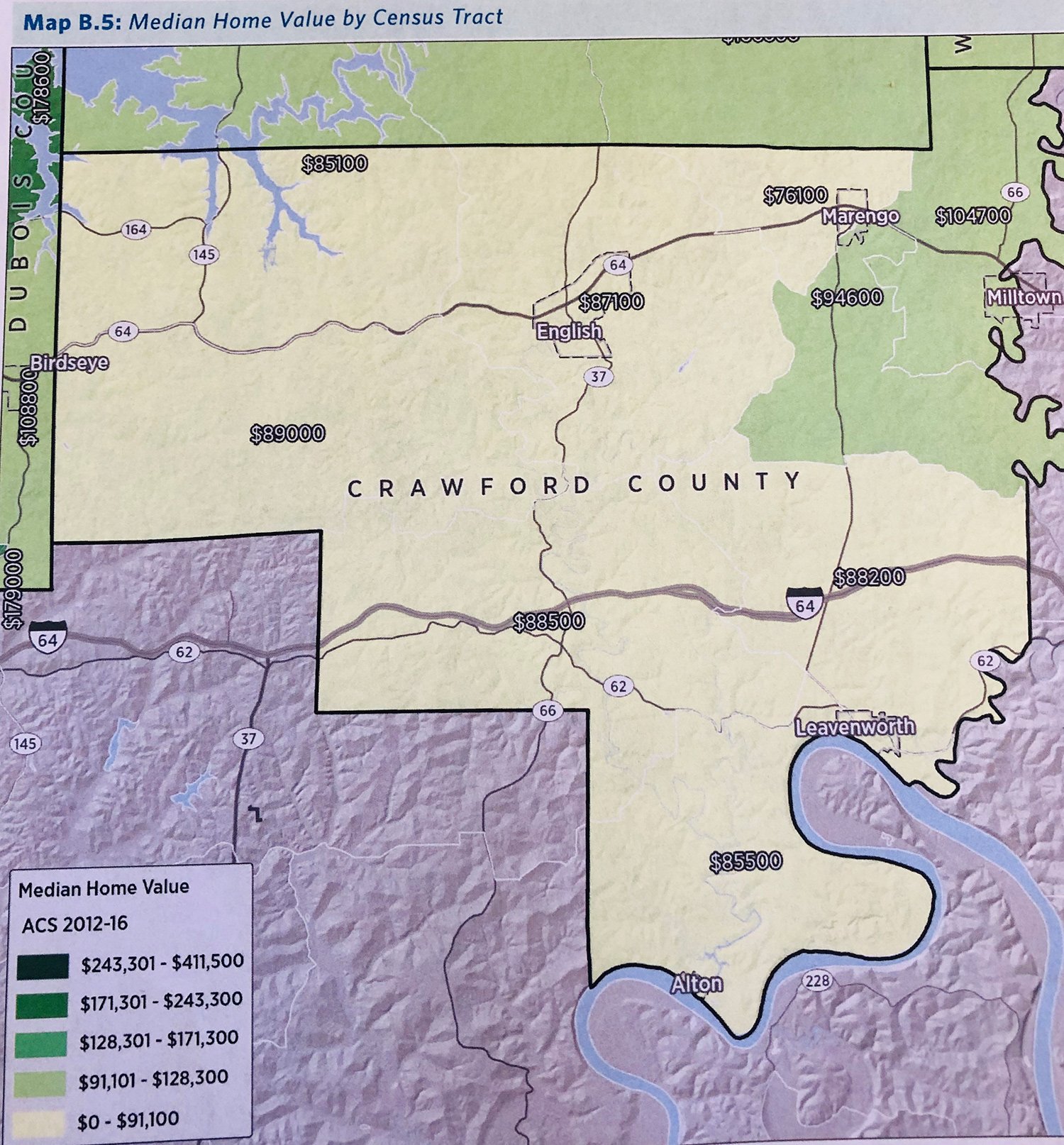 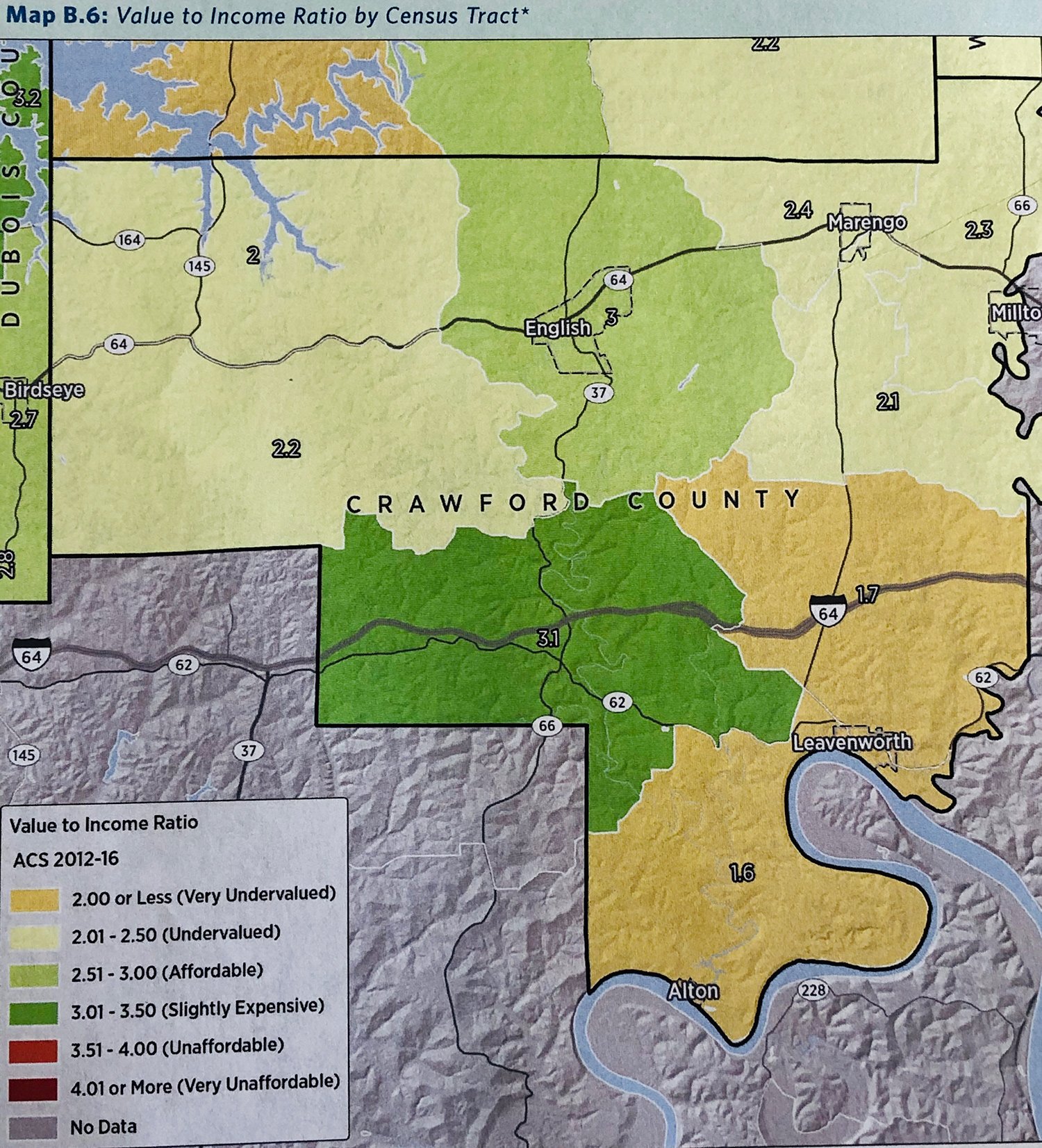 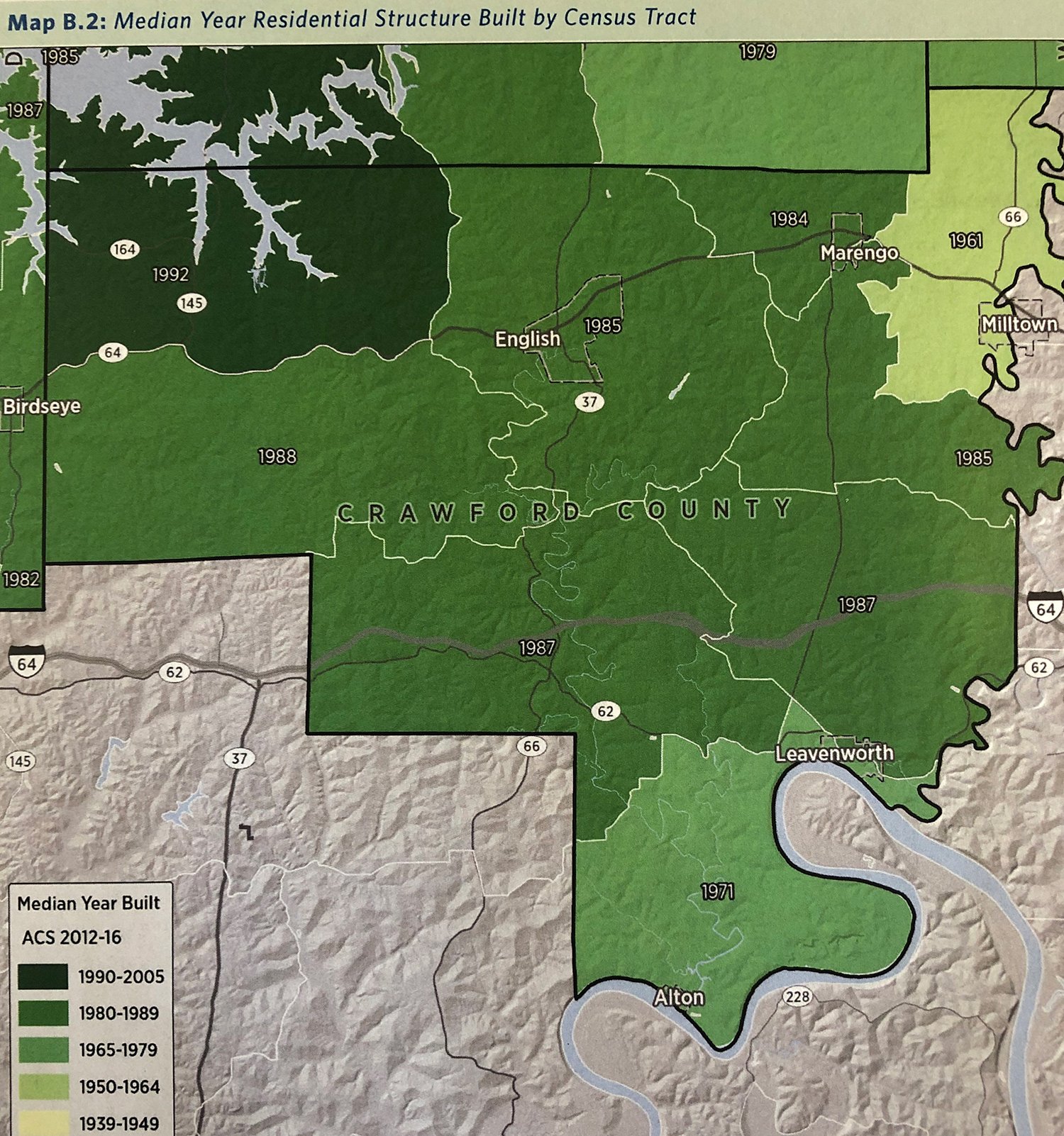 Will divide or acquire to suit. Commercial & retail opportunities exist.

Access to all Transportation: Road, Rail, River, and Air

Our workforce can accommodate your needs. Within 40 miles there’s over 500,000 workers to draw from.